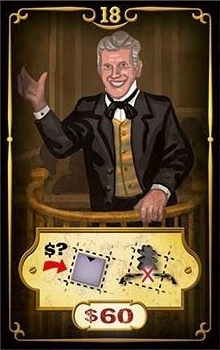 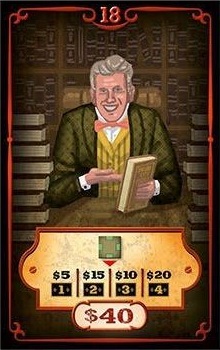 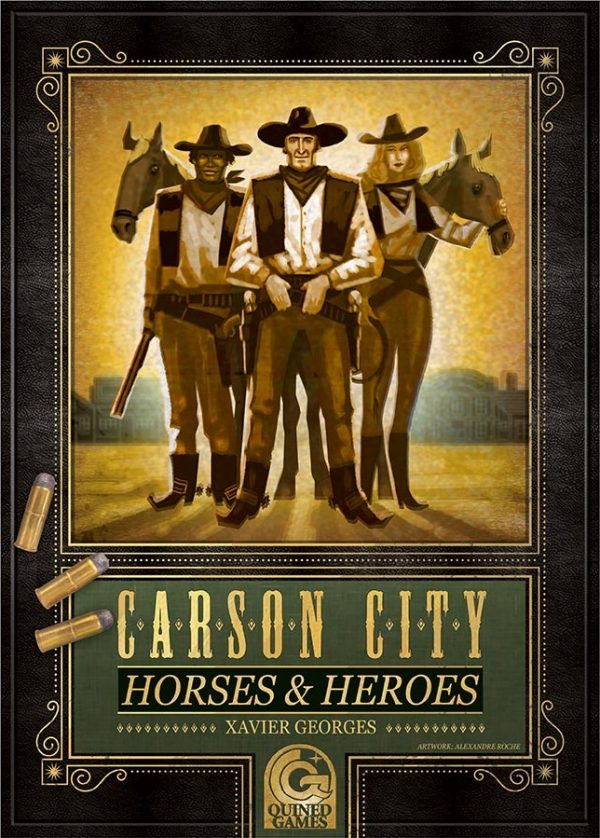 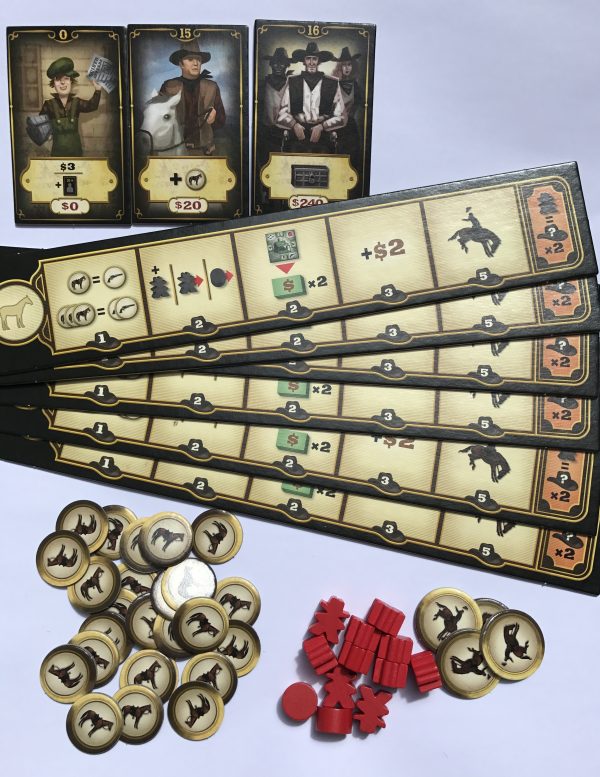 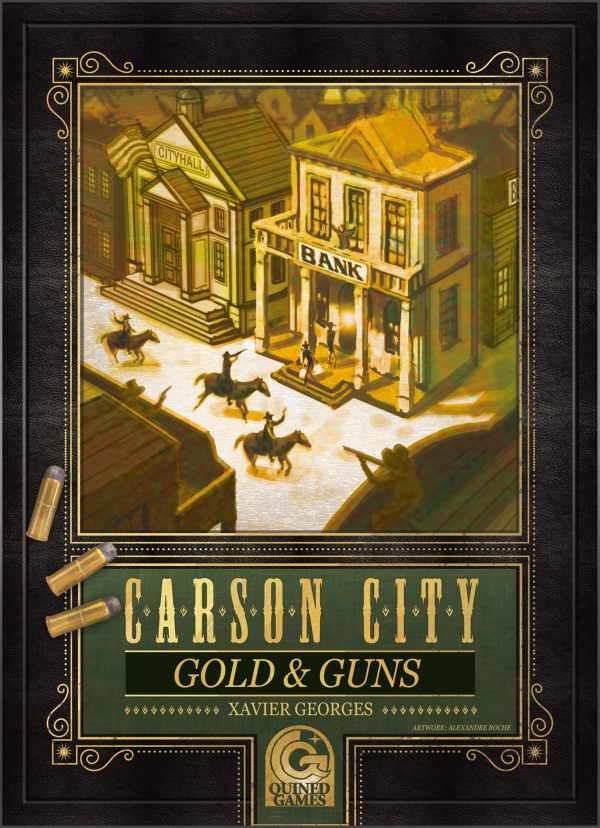 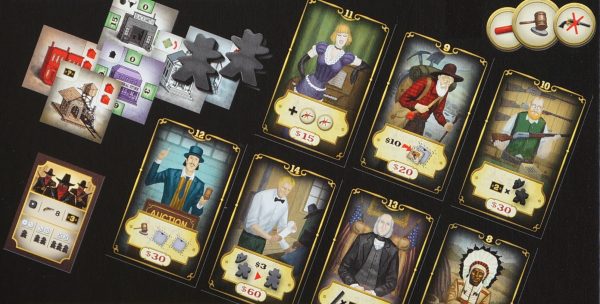 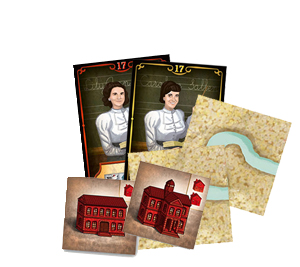 A small set of stretch goals from the Kickstarter campaign for Carson City: Big Box. This promo pack includes a teacher personage, the town hall tile and a set of river tiles. It does NOT include a notepad, to allow for cheap envelope shipping. The rules are available for download here. Please note that these promo items are [...] 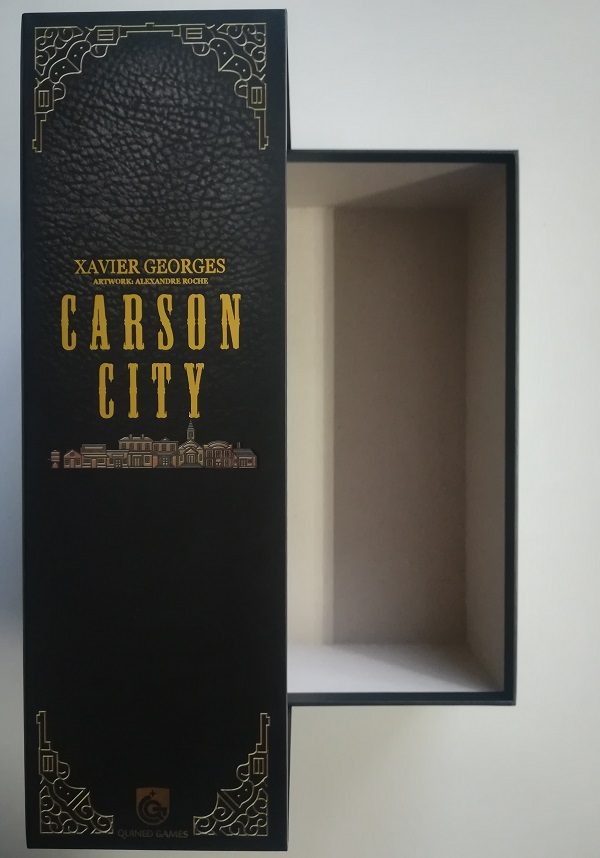 This is the box of the reprint for Carson City: Big Box, but it can be ordered separately for those wanting a more sturdy box for their existing copy. Please note that this Big Box does NOT fit an envelope ;). For customers in North-America and Canada ony interested in this more sturdy box, we [...] 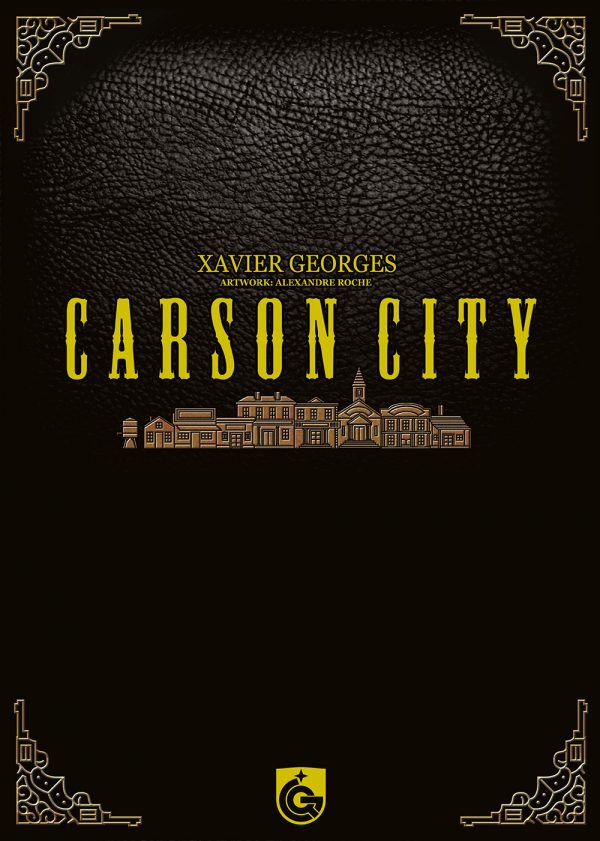 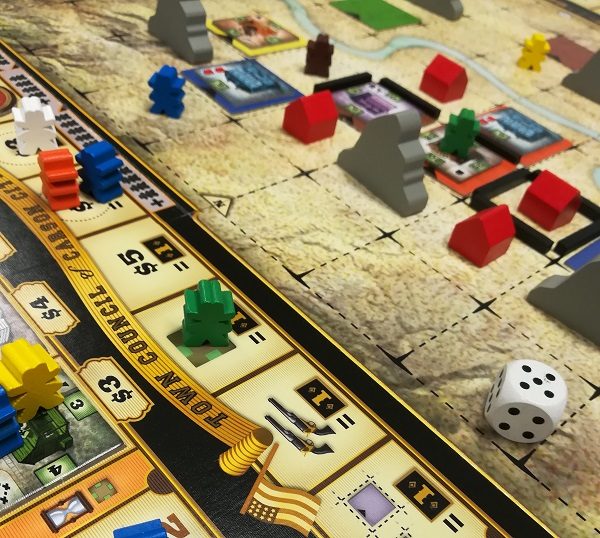 Carson City: Big Box features the base game Carson City, originally released in 2009, and the expansions Gold & Guns and Horses & Heroes. The game is played in four rounds, and in each one of them, the players choose one of the characters, which give certain advantages. When there are several players claiming the same action, [...]