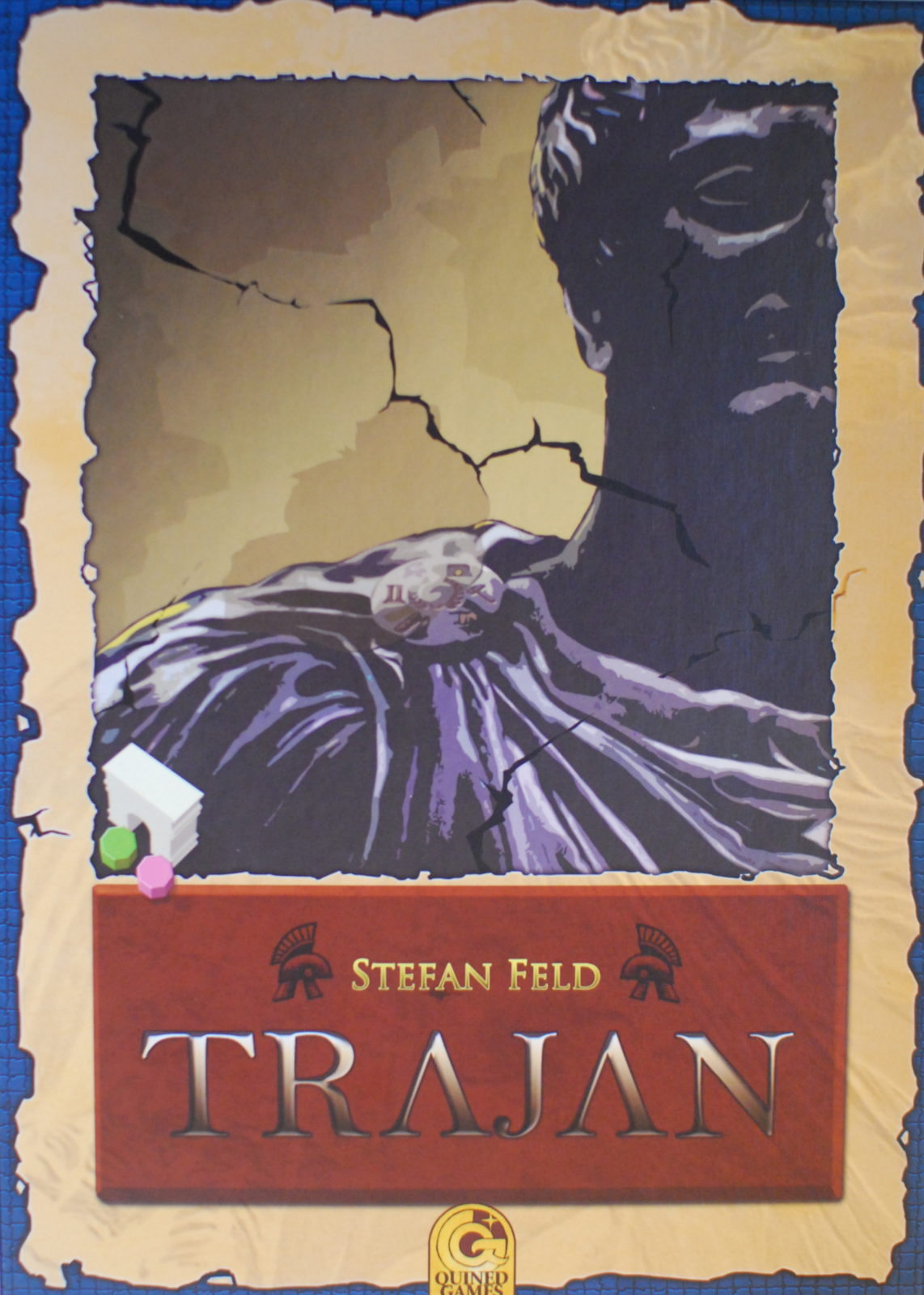 Set in ancient Rome 110 AD, Trajan is a development game in which players try to increase their influence and power in various areas of Roman life such as political influence, trading, military dominion and other important parts of Roman culture. The central mechanism of the game uses a system similar to that in Mancala games. In Trajan, a player has six possible actions: building, trading, taking tiles from the forum, using the military, influencing the Senate, and placing Trajan tiles on his tableau.