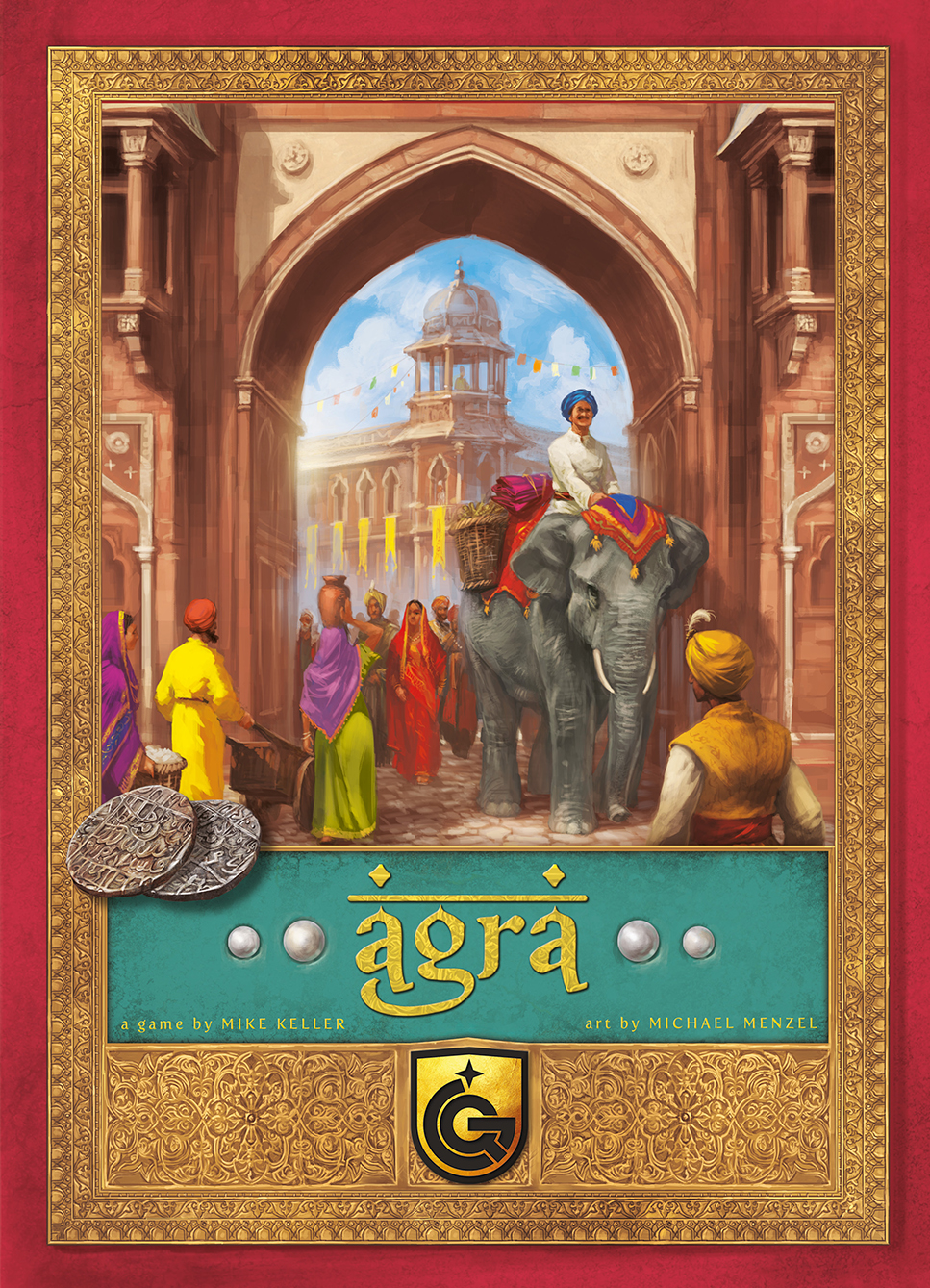 Agra, India. The year is 1572; this year marks the 30th birthday of Akbar the Great, third ruler of India’s Mughal dynasty. Using his strong personality and skill as a general, Akbar’s presence is felt across the entire country due to the Mughals’ military, political, cultural, and economic dominance. As an ambitious landowner, you see the festivities as a golden opportunity for you to rise in stature and wealth.

Agra is a highly strategic and exciting board game for 2 to 4 players. Many roads lead to victory, and it will be your task to produce, process, exchange and sell goods to become the most profitable landowner this side of the River Yamuna. Embark on this ambitious and colorful journey through one of India’s most fascinating eras.

Available rulebooks in some editions and for download: Chinese, Italian, Polish and Spanish.

Download the rules for the separately available promo card here.