Rulebooks in: Dutch, English, French and German
Masterprint: 12B 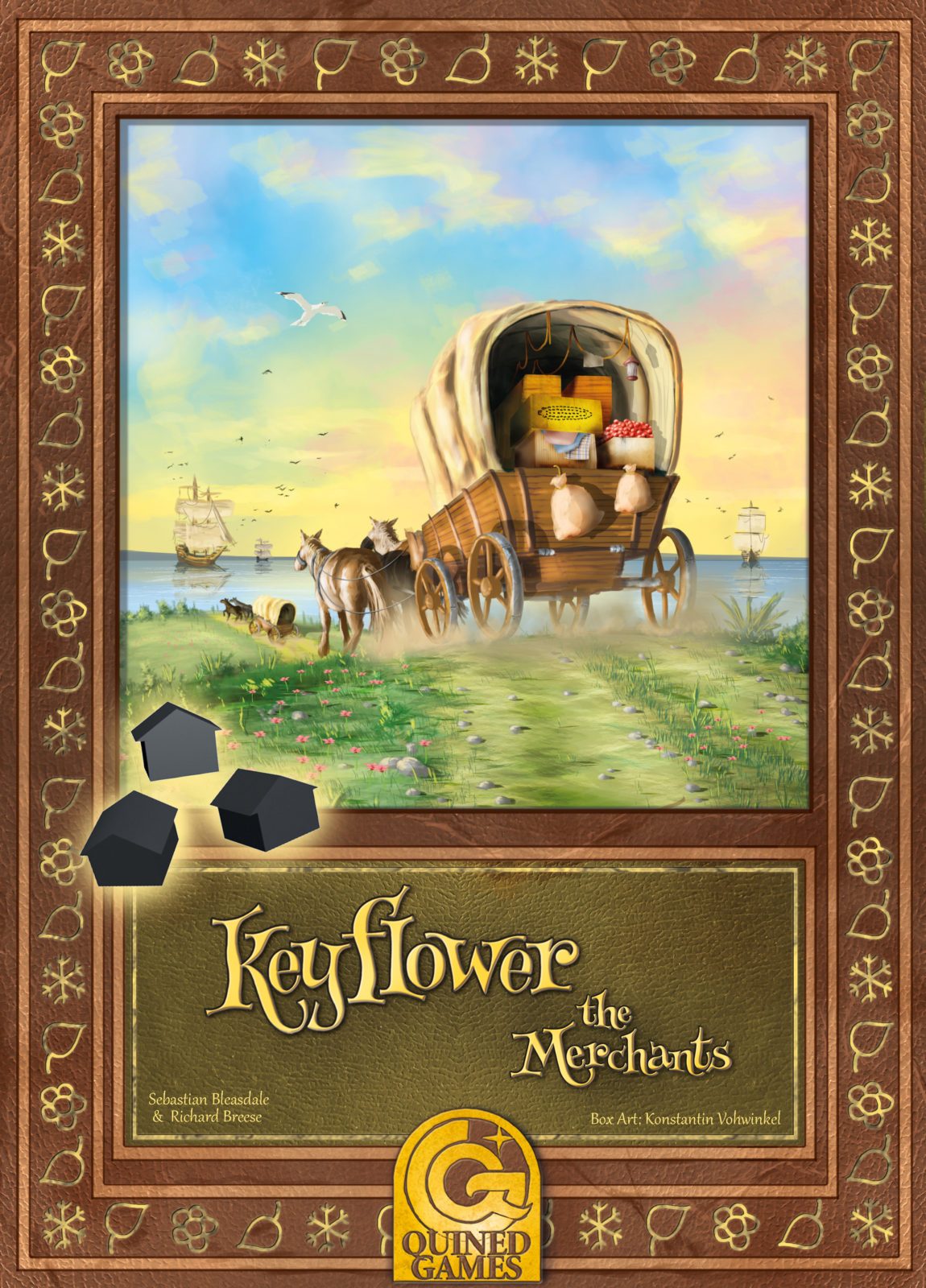 Keyflower: The Merchants is the second expansion for the game Keyflower, in which players continue to develop their village by building extensions and cabins, entering into lucrative contracts and encountering new combinations of items on the incoming boats. Players may choose to use all of the tiles from The Merchants and add additional tiles at random from Keyflower in order to make up the required number of tiles (the Merchant’s variant) or simply combine the new tiles with their existing game. This expansion can also be combined with the earlier published expansion Keyflower: The Farmers.