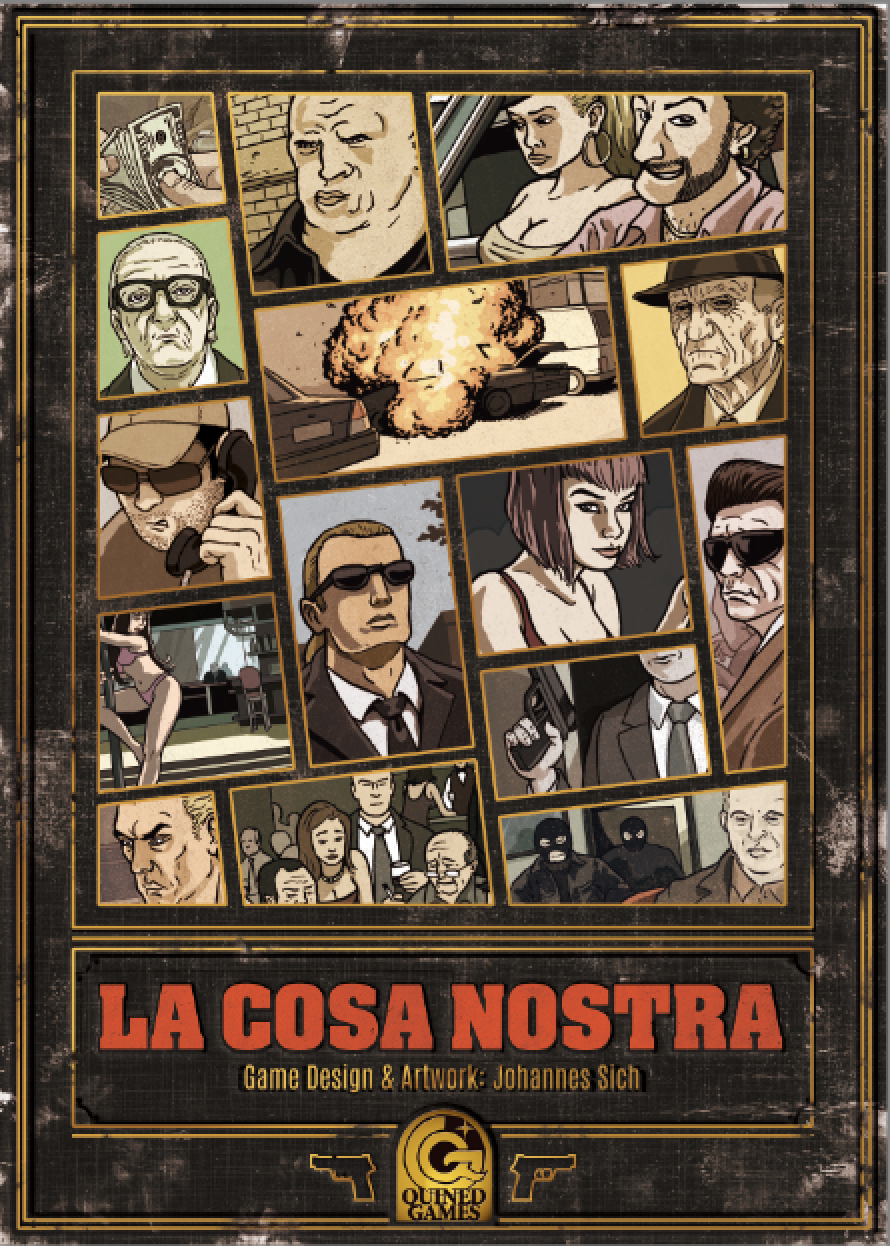 In La Cosa Nostra, you take on the role of a mafia boss. In the beginning, you control a crew of gangsters and a couple of businesses. During the game, you will hire new gangsters to do the dirty work and collect your money. Investments lead to new lines of business or monopoly positions: take control of the drug dealing, moneylending or prostitution. Bribe politicians and cops; invest your money in nightclubs, casinos or the waste management industry. To get the big deals, you need to cooperate with the other families – but never rely on those “friendships”. The others will take the first opportunity to stab you in the back, so you would rather do it first…

Each player controls gangster cards that serve to either gain money or attack other players. Actions are planned secretly, placed face down, and then played in turn. Often you need certain business cards to succeed. If you do not own them yourself, you can negotiate deals with the other players. The players bargain, spy, threaten, and deceive each other.

Each of the four rounds brings new action cards into the game, and the number of gangsters increases. Thus, the possibilities for actions become more diverse, the jobs more profitable, and the attacks more powerful. Co-operation gets more attractive and treason alluring because at the end of the day money is the only thing that counts.