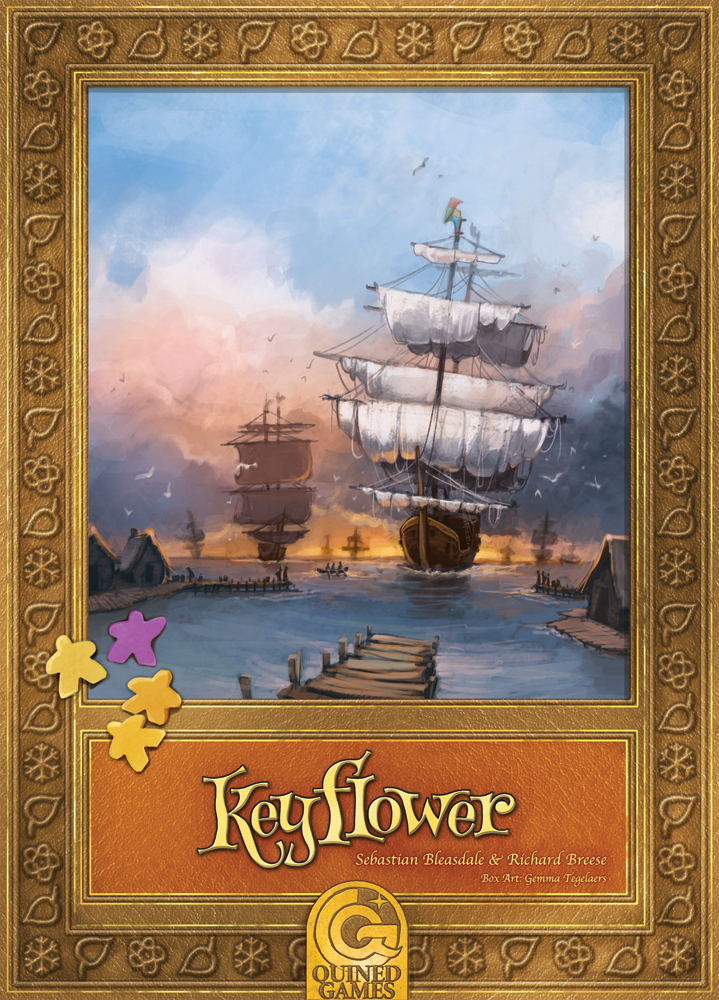 Keyflower is a game for two to six players played over four rounds. Each round represents a season: spring, summer, autumn, and finally winter. Each player starts the game with a “home” tile and an initial team of eight workers, each of which is colored red, yellow or blue. Workers of matching colors are used by the players to bid for tiles to add to their villages. Matching workers may alternatively be used to generate resources, skills and additional workers, not only from the player’s own tiles, but also from the tiles in the other players’ villages and from the new tiles being auctioned.

In spring, summer and autumn, more workers will arrive on board the Keyflower and her sister boats, with some of these workers possessing skills in the working of the key resources of iron, stone and wood. In each of these seasons, village tiles are set out at random for auction. In the winter no new workers arrive and the players select the village tiles for auction from those they received at the beginning of the game. Each winter village tile offers VPs for certain combinations of resources, skills and workers. The player whose village and workers generate the most VPs wins the game.