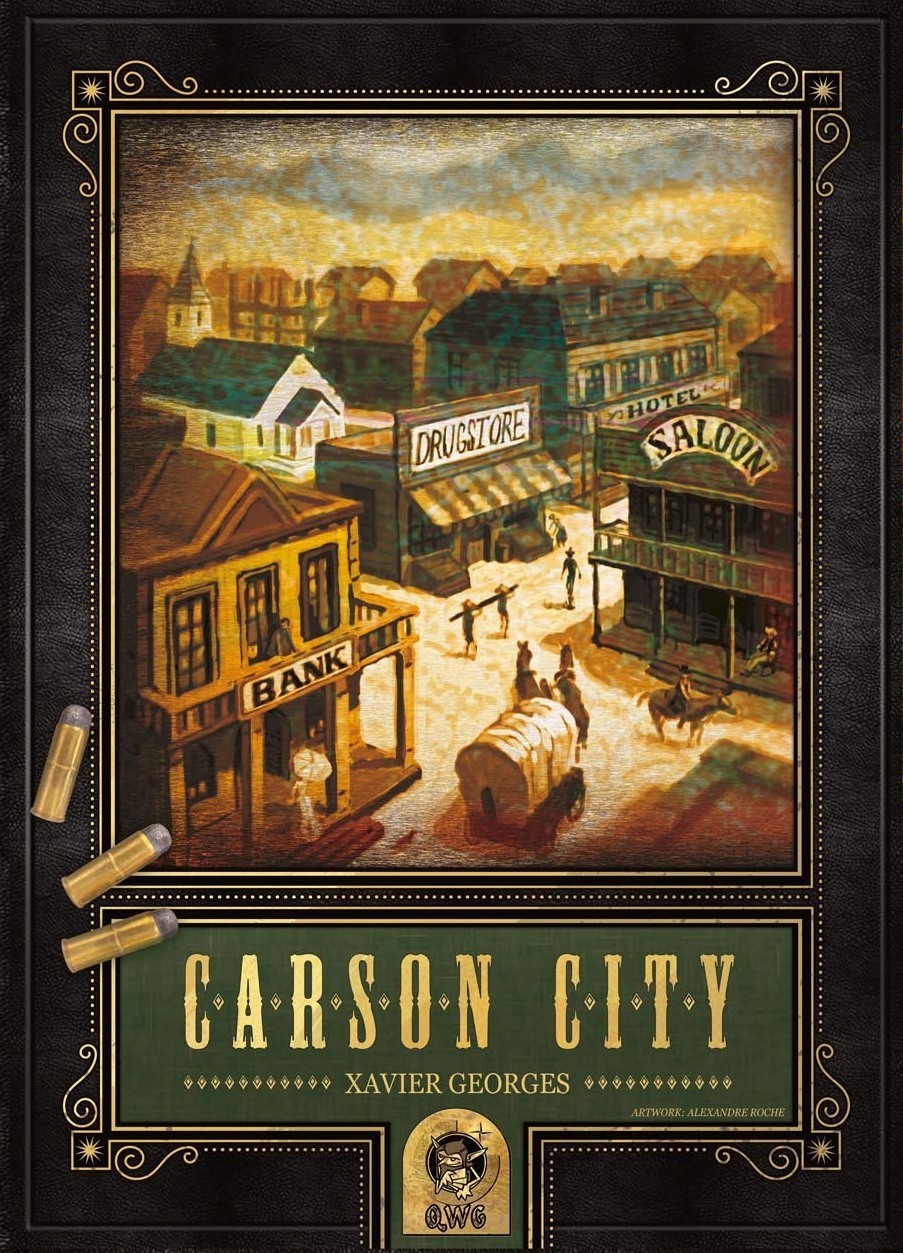 Carson City is a strategic game that is played over four rounds and in each one of them the players choose one of the seven available characters that gives certain advantages. Then the cowboys are placed on action fields on the board to build Carson City. The cowboys claim land, erect special buildings, houses or construct roads. When multiple cowboys claim an action field or land, a duel has to be fought out.