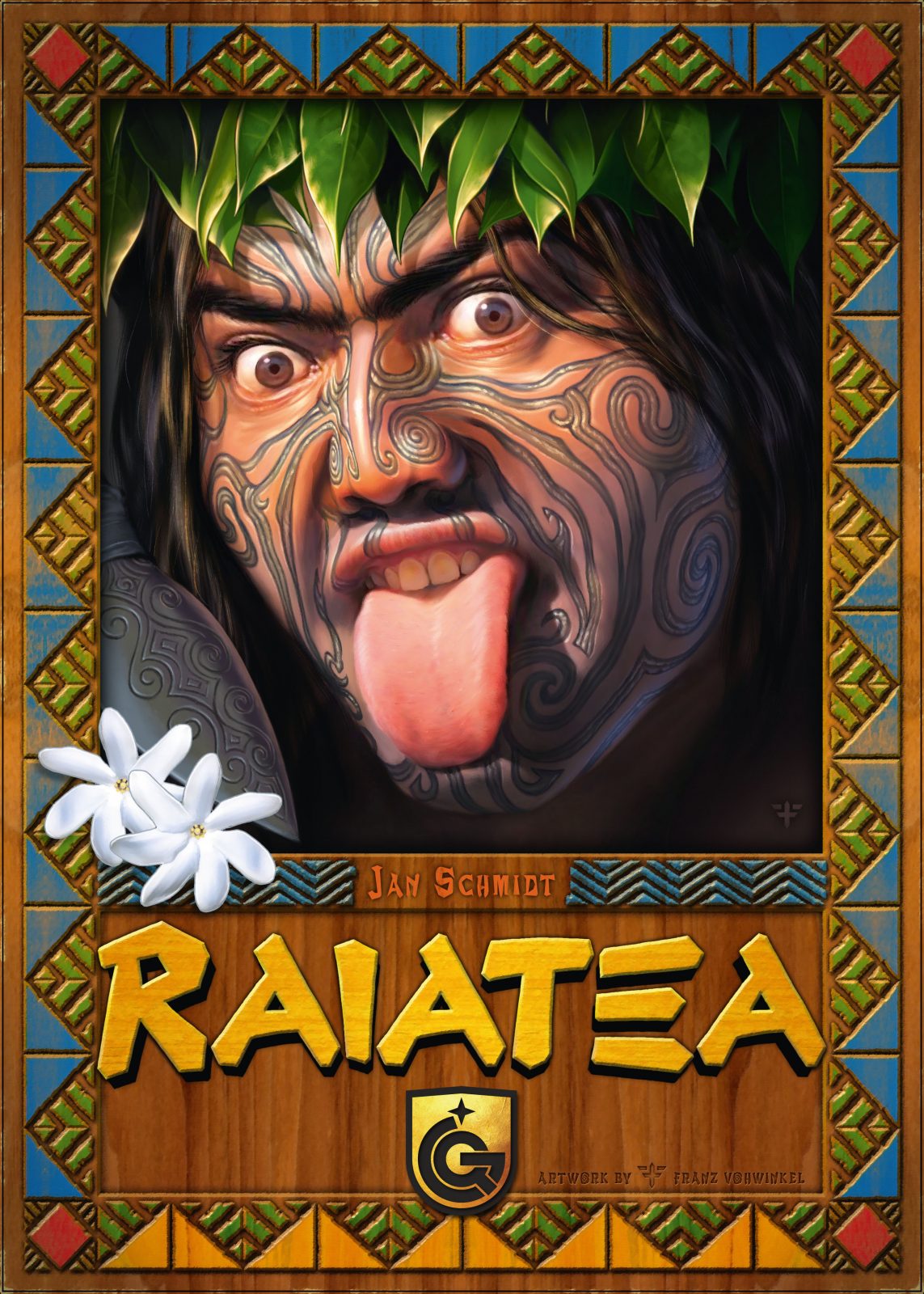 In Raiatea, players act as members of the Arioi, a secret Polynesian religious society. Over the course of the game, the Arioi will build colossal To’o statues in attempt to win the favor of their god, Oro. In the game’s action rounds, players will take turns leading the group to various action locations. In ceremony rounds, players will call upon the gods for help in building the massive To’o. Construction may fail without these gods’ help, so players must plan their Rituals carefully and know how much mana to sacrifice in order to accomplish their goals. At the end of the game, the player who has collected the most victory points will guide the group as their new High Priest!

Buy Raiatea at our webshop